Owner and Managing Director of Kermit’s Key West Key Lime Shoppe.  John is a Retired Colonel from the United States Army, and holds a Bachelor of Science from the University of Maryland, and an MBA from New York Institute of Technology.  John brings a wealth of leadership experience to The Arc, with particular expertise in marketing and operations.  John’s voice of wisdom has led to increased efficiency and productivity – and greatly improved our financial bottom line.  John has also served as an Adjunct Professor in the Business School at Stetson University. 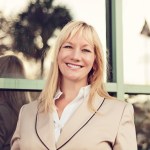 Attorney, Lankford Law Firm.  Melody has served as Board Counsel for The Arc of Volusia since 2013 and served as Board Chair from 2015-2017.  Melody has been practicing law since 2004 and her practice focuses primarily on business/corporate law, intellectual property, and employment law issues. She has a Bachelor of Arts in Spanish from Davidson College and a Juris Doctor from the Florida State University College of Law.  She is happily married with two daughters and resides in Port Orange. Melody is committed to serving The Arc to ensure that it continues to provide quality services and care to its clients while maintaining a positive workforce and healthy organization. 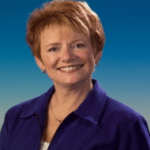 President & Managing Director at Virtual Excellence, LLC; Partner and Chairman of the Board with Intellivance, LLC.  Deborah has over 25 years of dynamic leadership experience in the public and private sectors.  Her astute business development experience and strategic planning skills have made her a key member of our governance team.  She served formerly as Sr. Vice President of Raydon Corporation, and was a legislator in the 19th District of New York State for eight years.  Deborah uses her high energy and decisive leadership skills to help businesses advance their mission, and is seeking to develop software that will change the way people learn. 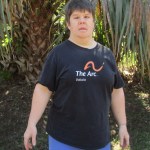 Self Advocate.  Angie is a graduate of Boston Avenue School.  Her hobbies include bowling, special gathering meetings, watching movies and listening to music.  She loves attending our Labor of Love Camp every fall, and participates in programming at The Arc Volusia on a daily basis.  Angie resides with her parents in Lake Helen, Florida. 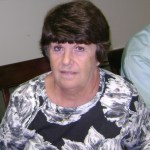 Retired Finance Manager, City Commissioner & Vice Mayor of Lake Helen, FL (38 years).  Ann is very involved with her family and in her local community.  She is a loving and devoted mother, and initially got involved with The Arc Volusia because she has a family member with I/DD.  Ann’s hobbies include scrap-booking, card making, knitting, cooking & baking.  She resides in Lake Helen and is married with 2 children.  We are grateful for her role as an advocate and appreciate her unique perspective and leadership. 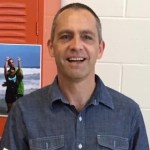 Lead Pastor. Pete is the Lead Pastor & Founder of Thrive Community Church in Port Orange, FL.  Pete moved to the Daytona Beach area in 1988 to attend school Embry Riddle, where he earned his Bachelor of Science degree.  Pete later earned his MA form UCF in Counselor Education, with a certificate in Marriage and Family Therapy.  He is a licensed commercial pilot, a licensed Mental Health Counselor, a community activist and an ordained minister.  Pete brings an important personal perspective to the board, a voice for which we are thankful. 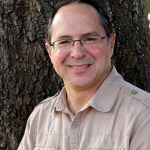 Freelance Writer.  Scott is a freelance writer based out of Central Florida.  He moved from Pennsylvania to Florida, where he promptly landed a job at Walt Disney World, where he met his wife, Bethanne.  Scott graduated Magna cum Lauda from the University of Central Florida with a degree in Advertising/Public Relations.  After graduating, he and his wife spent a year teaching English in South Korea.  He enjoys cooking and gardening and other manly endeavors.  Scott is also an avid environmentalist, having traveled several times to Guatemala to support the Alliance for International Reforestation, planting trees and building fuel-efficient wood stoves.  In his spare time, you can find him with his wife, two kids, two dogs, three cats, and six chickens. 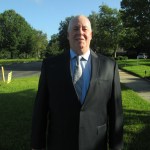 Retired Arc of Alachua Executive Director.  Steve has worked with people with disabilities since 1978 when he graduated from the University of Illinois. Steve has worked with adults and children with disabilities for over forty years in a multitude of settings across the country. Steve has been heard to say that he knew that this would be his chosen profession after five minutes working his first job in a Special Education classroom.  Steve was the Executive Director of The Arc of Alachua County until his retirement in 2017.   Steve came to The Arc in 1986 after working as a behavioral consultant for the Department of Children and Families Services.  The Alachua Arc served 27 people and had a budget of just under two hundred thousand dollars when Steve began working there. When Steve left they served over 300 people, had 23 residential homes and a budget of over ten million dollars. 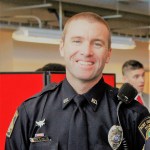 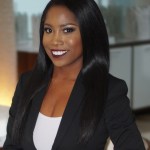 Real Estate Agent, Oceans Luxury Realty.  Ashley is local real estate agent for Oceans Luxury Realty, based in Daytona Beach Shores. Originally from Walterboro, South Carolina, Ashley relocated to Daytona Beach over seven years ago, falling in love with the sophisticated blend of city and beach life. Prior to real estate, Ashley’s career involved working hand in hand with Veterans who were diagnosed with Alzheimer’s Disease. Ashley was thr recipient of the 2018 Rising Star Award, awarded by the Daytona Beach Area Association of Realtors. Chosen out of 2,000 real estate agents based on spirit, civic activity, community involvement, and business accomplishments. She also gained recognition as a 2018 Top Influential Woman in Business for Volusia and Flagler County by the Daytona Beach News Journal, because of her dedication to her community and her work with local charities. More recently in 2019 Ashley was honored as a 2019 40 Under 40 also for her community involvement. Her biggest accomplishment, however, is her commitment to giving back to the communities in which she works. Ashley’s sphere of influence expands beyond the real estate world into the community at large. She is actively involved in and understands the value of Daytona Beach communities, civic leaders, its schools, and its different neighborhood dynamics. Her community involvement proves her to be not just a real estate agent, but a trusted adviser, neighbor, and friend. She is the creator, host and producer for a local show named Spotlight Daytona. Spotlight Daytona is a web-based series spotlighting local non-profits, businesses and fostering pride in Daytona Beach’s thriving business community. Owner/Artist, Thays Art Gallery & Studio.  Thays (pronounced Ta-eese) Franca, also known by her clients and friends as “Hot Mama”. Her nickname only begins to paint the picture of her spicy, energetic personality. Originally from Brazil, she fell in love with art at the age of 3 when she first started coloring and drawing. She graduated from the School of Fine Arts of Sao Paulo at the age of 19 and then promptly moved to the USA to learn English. 15 years later, she is still here and now she owns an art gallery and studio in sunny Ormond Beach, Florida. She earned the Daytona Beach News Journal’s coveted ‘Top 40 under 40’ award, her first year in Ormond.  Thays felt her calling for helping adults with disabilities while working at a nonprofit organization in Georgia where she taught art lessons and helped with community integration.