Providing the opportunity for hope, growth, and change! 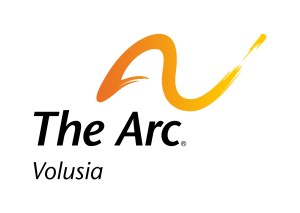 You Count! Be Counted!

The 2020 Census is quickly approaching, and it is important that people with disabilities and their families are ready to be counted!

The count is mandated by the Constitution and conducted by the U.S. Census Bureau, a nonpartisan government agency. The 2020 Census counts the population in all 50 states, the District of Columbia, and five U.S. territories (Puerto Rico, American Samoa, the Commonwealth of the Northern Mariana Islands, Guam, and the U.S. Virgin Islands). Each home will receive an invitation to respond to a short questionnaire—online, by phone, or by mail.

Every 10 years, everyone in the United States is counted through the census. It is important that everyone is counted because the census data impacts many key things. For example, the census data is used to figure out how much money state and local governments get for Medicaid, housing vouchers, the Supplemental Nutrition Assistance Program (SNAP), and education programs. When there isn’t enough money, services and programs for people with disabilities can be cut.  Would you like to learn what other programs are impacted by census data? Download this report to see a full list.

Why is the Census important?

Census data is used to figure out how much money programs, state, and local governments will receive from the Federal Government to pay for certain services. The data is used to allocate hundreds of billions of Federal dollars to states for Federal programs including Medicaid, housing vouchers, Supplemental Nutrition Assistance Program, and education programs.

It is critical to reach self-advocates, family members, direct support professionals, provider organizations and other community members about the importance of everyone being counted!

Census data helps guide the distribution of almost $800 billion in federal funding.  The census provides critical data that lawmakers, business owners, teachers, and many others use to provide daily services, products, and support for you and your community. Every year, billions of dollars in federal funding go to hospitals, fire departments, schools, roads, and other resources based on census data. The results of the census also determine the number of seats each state will have in the U.S. House of Representatives, and they are used to draw congressional and state legislative districts.

Census Day is April 1, 2020 – The Arc of Volusia wants to make sure you and your community are ready to be counted! It’s also in the Constitution: Article 1, Section 2, mandates that the country conduct a count of its population once every 10 years. The 2020 Census will mark the 24th time that the country has counted its population since 1790. In mid-March, homes across the country will begin receiving invitations to complete the 2020 Census. Once the invitation arrives, you should respond for your home in one of three ways: online, by phone, or by mail.

The Arc of Volusia is a nonprofit 501(c)(3) tax-exempt organization.